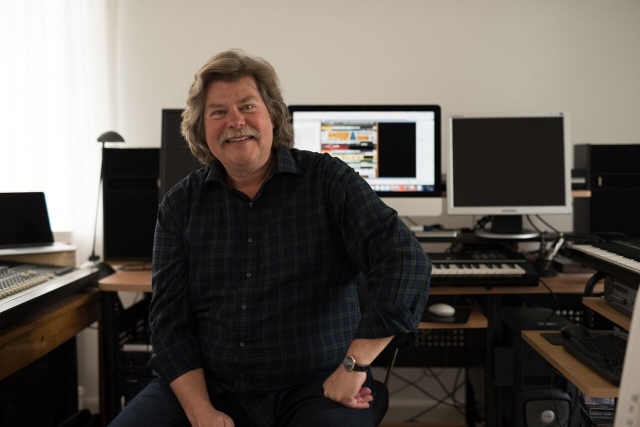 Klaus Schønning was born in 1954 in Denmark and started his musical career as a street musician in Copenhagen earning money to record his first album in 1979 called “Lydglimt” (Glimpses of Sound) – one of the first albums released with new age music, even before New Age music became an established international genre. The following years Klaus composed, arranged, recorded and produced several solo albums like Cyclus, Locrian Arabesque, Arctic Light, Copenhagen and the Symphodyssè series and earned the reputation as one of the most respected Danish and Scandinavian musicians within his musical genre. Klaus has studied music at the University of Copenhagen. Through the years his music has taken us through fantasy and reality – inspired by myths, magic, fairytales and nature.

Critics describe the music of Klaus Schønning as symphonic, lyrical and illustrative modern instrumental music. In Scandinavia and other markets, where Klaus Schønning has been releasing his 25 solo albums and playing his music through 30 years, he has earned the reputation as the master of modern symphonic keyboard music. Besides composing, playing and releasing his music on solo albums, Klaus Schønning has played and released music with the Pink Floyd inspired band “The North”, contributed to several best selling compilation CD recordings and composed and played music to movies, events and live performances.